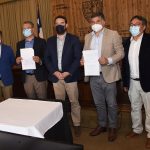 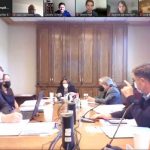 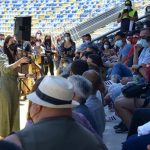 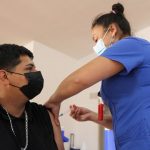 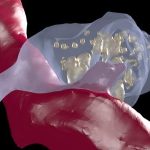 Geneva, August 30, 2021.-  The UN Committee on the Elimination of Discrimination against Women (CEDAW) and the UN Committee on the Rights of the Child (CRC) call on the Taliban to honour their pledge to protect Afghan women and girls, and to respect and fulfil the human rights enshrined in the Convention on the Elimination of All Forms of Discrimination against Women and the Convention on the Rights of the Child. Their statement is as follows:

“As the planned withdrawal of international troops from Afghanistan is due to be completed within hours, the Committees urge the Taliban and all other parties to take measures to protect the lives and respect the human rights of women and children.

The Committees are alarmed by the restrictive practices and ongoing reports of targeted attacks on women and girls including academics, health workers, human rights defenders, media workers, civil servants and many others who have contributed to the country’s development over the past 20 years, as well as those exercising their right to education. These women should be praised for their important roles and contributions to economic, political and social development in Afghanistan, rather than being subjected to assaults.

The Committees recall that excessive and arbitrary restrictions on women’s and girls’ rights to freedom of movement and expression, education, work and their right to participate in public life are incompatible with the principles of proportionality and non-discrimination. Both Committees urge those in power and exercising effective control in Afghanistan to comply with the basic tenets of international human rights and humanitarian law, including their due diligence obligation to prevent and protect women and girls from gender-based violence and discrimination.

The Taliban has issued a number of statements in recent days referring to their plans to form an inclusive government. They have pledged to uphold the rights of women to work and of girls to go to school. The Committees urge the Taliban to honour their own commitments and not to let history repeat itself.

The Committees, however, note with deep concern the caveat that women will be very active in society, but within the framework of Islam. They reiterate that under international human rights law, including both Conventions, which are binding on those exercising effective control in Afghanistan, religious norms and traditions cannot be invoked to justify violations of women’s and girls’ human rights. The right to freedom of religion protects individuals, and not religions as such. The Taliban and any State organs must respect, and ensure to all persons under their jurisdiction or effective control, including women and girls, the human rights set forth in the Conventions and in all other human rights treaties to which Afghanistan is a party.

A humane and inclusive transition will be pivotal in setting the future path for women and children, especially girls, in Afghanistan and in ensuring that their human rights are respected and protected.

The two Committees call on the Taliban and all parties to respect, protect and fulfil all the human rights of women and children enshrined in both Conventions and look forward to engaging with Afghanistan on the implementation of the recommendations issued by CEDAW in February 2020 in its concluding observations on Afghanistan’s third periodic report, and at the upcoming dialogue of the CRC with Afghanistan, respectively.