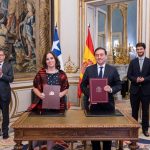 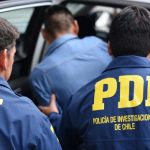 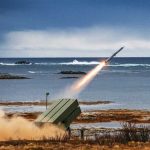 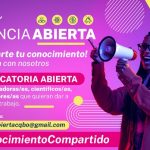 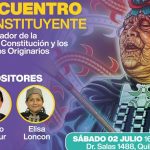 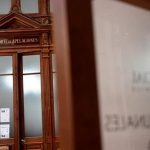 By: adminweb
In: Human Rigths
With: 0 Comments
Twittear

Geneva, Nov 23, 2021.- A UN human rights expert today urged the United States of America to overhaul legislation to prevent increasing exclusion, discrimination and hate speech and crimes against minorities, saying the legal landscape for the protection of human rights is far from comprehensive or even at times coherent.

“What you have now is a patchy tapestry of laws first drafted more than 60 years ago, showing signs of fatigue,” Fernand de Varennes, the Special Rapporteur on minority issues, told reporters at the end of a 14-day visit to the United States.

“The United States is a nation of paradoxes when it comes to human rights and minorities, espousing itself as the land which welcomes the world’s tired, poor, and huddled masses yet where support for slavery led to one of the world’s most brutal civil wars, where racial segregation persisted late into the 20th century, and where indigenous peoples’ experiences have for centuries been one of dispossession, brutality and even genocide,” he said.

“Though there were significant and hard-won human rights gains made mainly during the civil rights movement in the 1960s, the USA stands out among Western democracies for its incomplete patchwork of human rights recognition and their legal protection, with minorities and indigenous peoples, most likely left behind in times of upheaval, uncertainty and crisis.

“Recent years have seen these deficiencies in human rights and the phenomenal growth of hate speech in social media, growing inequalities between have and have nots, often minorities and indigenous peoples, creating toxic conditions and an unhealthy pandemic of the mind, a poisoning of individual minds and society in many parts of the country.”

During his visit de Varennes met officials at the federal, state and territorial levels, minority groups, civil society organizations, minority representatives and experts from different parts of the country, both online and in person in the District of Colombia, Guam, California, Texas and Puerto Rico.

“These deficiencies in national human rights protection contribute to millions of Americans, particularly minorities, facing growing inequality, discrimination and even exclusion, facing dramatic increases in hate speech and hate crimes, as well as the challenges and threats caused by environmental degradation and growing economic, health and educational disparities that leaves a disproportionate proportion of them behind,” he said.

“Building a better America requires a new deal for the 21st century for all Americans, but is most needed for the most marginalized and vulnerable minorities, such as indigenous peoples, Afro-Americans, Hispanics, and others.”

De Varennes highlighted the situation of African-Americans, particularly in the wake of George Floyd, Breonna Taylor, Ahmaud Arbery and so many others. “They are amongst the most marginalised minorities in the country, are by far the most likely to be denied the vote in federal in state elections, to be incarcerated, to be the targets of hate speech in social media, to be disproportionally discriminated or even excluded in a number of areas.”

The UN expert highlighted the underfunding of many public schools, and the disproportionate impact on minority children in many parts of the country. De Varennes said he was also very concerned at sentencing disparities and incarceration rates for minorities in the criminal justice system.

“I have been informed that minorities such as African Americans and Latinx in particular find themselves disproportionally at the receiving end of marginalization and criminalization that crushes them into a generational cycle of poverty, with a legal system that is structurally set up to advantage and forgive those who are wealthier, and penalizing those who are poorer, particularly minorities of colour,” the expert said.

“Acknowledging the values of equality, liberty and democracy – for which the US is well known internationally – it is my hope that those values will also guide all the State’s responses vis-à-vis the human rights of persons belonging to minorities and help bring about much needed institutional and legal changes needed to confront the daunting challenges of the first half of the 21st Century,” de Varennes added.

The expert will present his final report to the UN Human Rights Council in Geneva in March 2022.