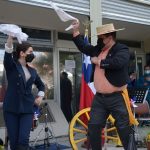 Australian scientists researching how our immune system responds to COVID-19 have revealed that those infected by early variants in 2020 produced sustained antibodies, however, these antibodies are not as effective against contemporary variants of the virus.

Sydney, July 08, 2021.- The research is one of the world’s most comprehensive studies of the immune response against COVID-19 infection. It suggests vaccination is more effective than the body’s natural immune response following infection and shows the need to invest in new vaccine designs to keep pace with emerging COVID variants.

Published today in PLOS Medicine, the study was made possible by a partnership between the University of Sydney, Kids Research, Sydney Children’s Hospitals Network, the Kirby Institute at UNSW Sydney, Australian Red Cross Lifeblood, St Vincent’s Hospital and NSW Health Pathology, as well as other local and international collaborators.

The team analysed the serum of 233 individuals diagnosed with COVID-19 over 7 months and uncovered that the level of immunity over time is dependent on disease severity and the viral variant. They show that antibodies developed during the first wave had reduced effectiveness against six variants, ranging from those observed in the second wave in Australia through to three variants of concern that have driven the global pandemic in the UK, Brazil and South Africa.

How do we study the immune response?
The serum of COVID-19 infected individuals was of interest as it is the part of our blood that contains crucial information about our immune system. Analysis of the serum made it possible to create a detailed timeline of the level of ‘neutralising antibodies’ produced against COVID-19 infection, and so to see if there was long-term immunity.

Neutralising antibodies are part of our immune system’s frontline arsenal that is triggered during infection and vaccination. Their job is to shield cells that are usually the target of a pathogen (such as the SARS-CoV-2 virus which causes the COVID-19 disease) from being infected. The level of neutralising antibody response can be a defining feature of how effectively our body fights off illness.

Interestingly, a rare group of ‘super responders’ was also identified as an exception.

This group of ‘super responders’ had a stable and robust level of antibodies across all COVID-19 variants. The researchers say this group could prove useful for investigating the potential of convalescent plasma (using blood from people who have recovered to treat others) which has so far proven ineffective against severe COVID-19 illness. In addition, key donors could be looked at closely and their antibodies cloned for future therapeutic use.

Why it is important?
Co-senior author Associate Professor Fabienne Brilot of the University of Sydney and Kids Research, Sydney Children’s Hospitals Network, and her research team led the analysis branch of the study, using highly sensitive tools they developed to study the antibodies in detail.

«We can learn a great deal from these people who were infected in the first wave in Australia as they were infected with the same variant that our current vaccines are based on,» said Associate Professor Brilot.

«While the approved vaccines are showing good responses, our study highlights the importance of continued vaccine development, especially taking into account the differences in variants.»

Co-senior author Associate Professor Stuart Turville of the Kirby Institute said the study was conducted to investigate the level, breadth and longevity of the immunity generated from COVID-19 infection and whether mutation of the virus compromises immunity.

«What this work has shown us is that current observations about vaccines show they offer a much broader protection against COVID-19 and its variants than the body’s natural immune response following infection, which is usually only protective against the variant of the virus that the person was infected with. We, therefore, should not rely on the body’s natural immune response to control this pandemic, but rather the broadly protective vaccines that are available.»

Key findings
SARS-CoV-2 antibody responses are sustained for up to seven months post-infection.
The immune response remained stable in some individuals, and while it decreased in others, no individual showed a negative response during the seven-month period.
Levels of virus-neutralising antibodies were associated with COVID-19 severity.
Antibodies generated after early infection displayed a significantly reduced antibody binding and neutralisation potency to globally emerging viral variants.
Methods

The study analysed the serum from 233 individuals who were diagnosed with COVID-19 from February to October 2020. There were two cohorts to the study — a hospital-based cohort of patients (the ADAPT study at St Vincent’s Hospital, Sydney) recruited during the first and second wave of infection in Australia and a national cohort of plasma donors (LIFEBLOOD).

10 COVID-19 strains and variants of concern/ interest were investigated, including:*

The researchers used a comprehensive suite of assays that measured:

The longevity and type of antibody response against Spike from various variants over time in serum of COVID-19 diagnosed individuals.
Neutralisation of infectious SARS-CoV-2 over time, by infecting cell lines that had ACE2 on its surface (which SARS-CoV-2 binds and targets on the cell to begin infection) with a particle designed to mimic a version of the SARS-CoV-2 virus particle.
The study of many global viral variants was made possible by the key collaboration between NSW Health Pathology and The Kirby Institute. The latter team engineered cells to rapid catch virus from swabs that were acquired and rapidly sequenced by the team at Prince of Wales headed by Professor William Rawlinson.

Co-first author Fiona Tea who completed the research as part of her early postdoctoral fellowship at the University of Sydney and Kids Research at the Children’s Hospital at Westmead said: «What makes this study stand out is the level and depth of analysis to neutralising antibody levels in people recovering from COVID infection over time, including comparison of infection recovering from different viral variants.»