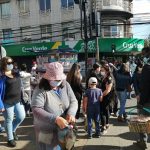 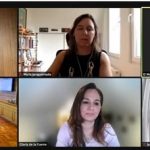 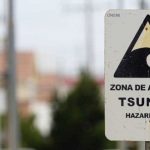 Geneva, May 11, 2021.- UN human rights experts* welcomed the release of Iranian human rights defender Arash Sadeghi, who was released from Raja’i Shahr Prison this month after five-and-a-half years in detention.

Mr. Sadeghi received prison sentences totalling 15 years by a Revolutionary Court on multiple charges, including publishing “lies in cyberspace”, “propaganda against the regime” and insulting the founder of the Islamic Republic of Iran. Under Iranian law, he would have to serve seven-and-a-half years in prison, the longest of his sentences. UN experts say his peaceful human rights activism included social media posts and communications with journalists and human rights defenders abroad. The Working Group on Arbitrary Detention found in an opinion issued in 2018 that the deprivation of Mr. Sadeghi’s liberty was arbitrary and called for his immediate release.

“I welcome the release of Mr. Sadeghi, and commend the Iranian Government’s implementation of the Sentence Reduction Directive,” said Mary Lawlor, the Special Rapporteur on the situation of human rights defenders. “I look forward to the release of other human rights defenders who have been arbitrarily deprived of their liberty, including Mr. Sadeghi’s wife, Golrokh Iraee.” Ms. Iraee was also the subject of an opinion by the Working Group on Arbitrary Detention.

Javaid Rehman, Special Rapporteur on the situation of human rights in the Islamic Republic of Iran, added: “While noting the release of Mr Sadeghi, I maintain grave concerns for individuals arbitrarily detained in the Islamic Republic of Iran, including human rights defenders. I am encouraged by this decision and other recent decisions by the Iranian authorities to release human rights defenders and I urge the Iranian authorities to build on these positive signs and to release other arbitrarily detained individuals.”

Mr. Sadeghi was known for advocating against human rights violations in Iranian prisons. While in detention himself, he wrote letters in support of other imprisoned human rights defenders, petitioning for an improvement in prison conditions and for their release.

In 2018, Mr. Sadeghi was diagnosed with chondrosarcoma, a rare form of bone cancer. He underwent surgery to remove a tumour from his shoulder, but was later transported back to prison contrary to medical advice. Consequently, his right arm became infected, resulting in a loss of mobility and feeling in that arm.

On 11 May 2020, the Iranian Parliament ratified the Sentence Reduction Law. This law has reduced the sentences and brought about the release of some human rights defenders, including Mr. Sadeghi.